Notes from the trail:
Kindra Greene

The Glowline is officially open! What began five years ago as a concept and a promise to our capital campaign sponsors and trail users to create a glow-in-the-dark trail section, became a reality on October 29, 2022 with the official ribbon cutting and Glow Party celebration.

While luminous paths have been popping up across Europe there are only four such trails in the United States and this section on the ERT is the first-of-its-kind on the East Coast! An energy efficient alternative, these glowing stones get embedded in concrete as the trail is constructed. They absorb the natural light during the day and emit a soft glow for 6-8 hours at night. With sunrise the path begins a natural recharging cycle. 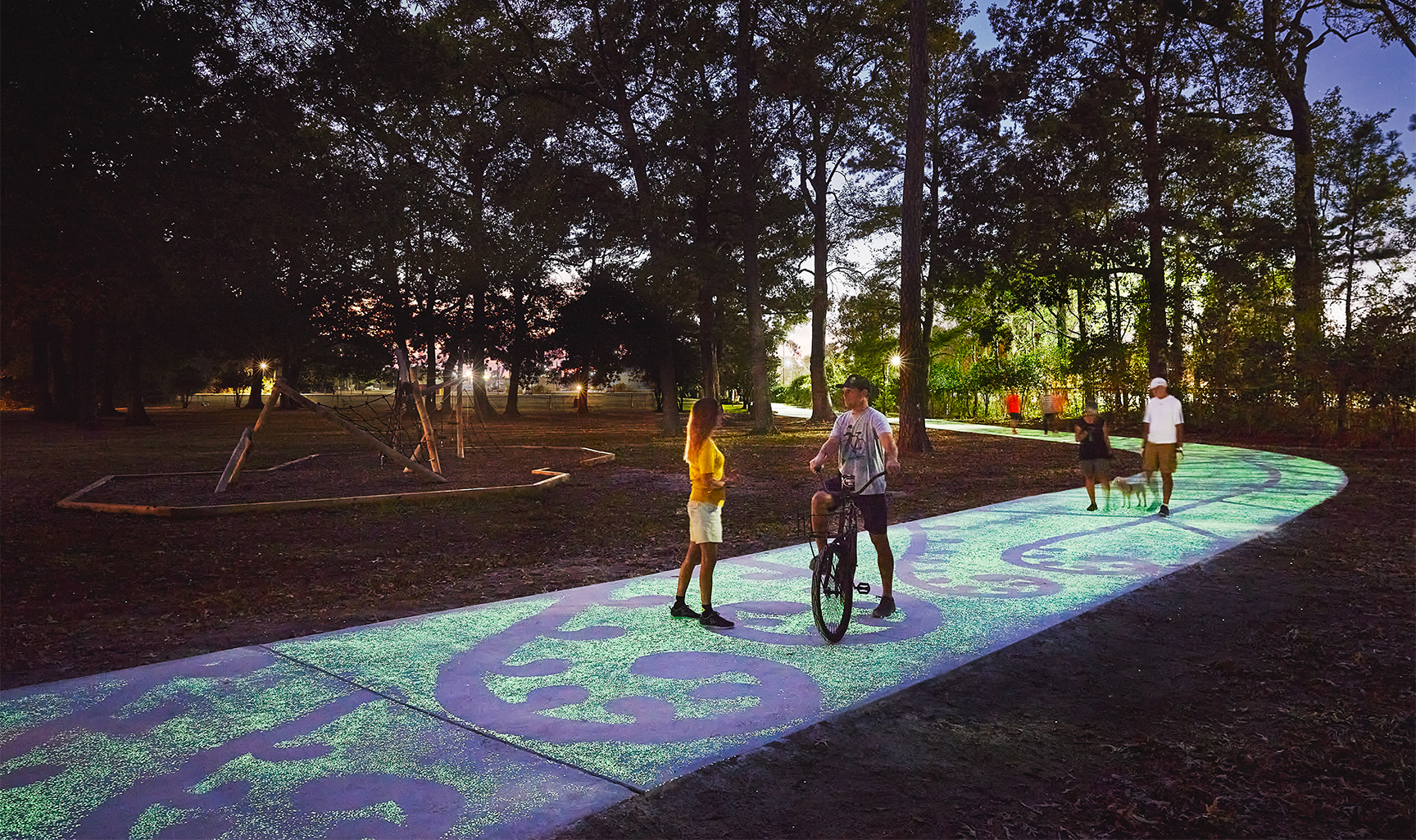 The goal for The Glowline and the reason behind its specific location at Jeff Robertson Park, (JRP) was twofold. The ERT is open 24 hours and is a source of infrastructure and access for commuters going to and from work. The Foundation is always looking at ways to best light the trail in different sections so it is safe and illuminated for all trail users. The Glowline would light this extremely dark section and create a beautiful and magical amenity that would attract locals and visitors to the ERT and shine a light on the work the Foundation has been doing with this unique project.

The section of trail at JRP would allow for the path to be lit, but for the surrounding park it runs through to remain dark, in keeping with the City’s dawn to dusk policy. JRP is a beloved community gathering place with the Weyanoke Bird and Wildflower Sanctuary on one end of it, kickball fields, beautiful trees to hang a hammock from and the newly installed parkour course. The West Ghent Civic League supported the amenity as the existing trail was near the end of its useful life.

The Glowline project widened the path, replaced the aging asphalt with concrete, graded the areas of the path that were prone to flooding and rather than sprinkling glowstones randomly on the trail, they were placed strategically to create a fiddlehead fern design pattern that would mirror that plant life in the nearby sanctuary. Timmons Group engineered the path and Taylor Construction was awarded the project.

The fiddlehead fern stencil pattern was created by the design team at WPA. Creating a stencil that could be placed on wet concrete and maneuvered in sections to create a pattern over 800 feet in length posed quite the challenge. It took loads of foam and a team of volunteers to hand trace the patterns on the foam and cut them out with a jigsaw. This project was truly a labor of love, happening over the course of several hot summer evenings in a West Ghent backyard.

Once the fern sections were fastened to lauan plywood they were transported to the site. The process involved demolishing the old trail in sections and prepping for concrete to be poured in panels of 50-75 feet sections. Working quickly over wet concrete, the team would position the fiddlehead fern stencils and begin sprinkling the glowstones in the negative space around the stencil. This would allow for maximum glow.

After the stones were laid, another layer of concrete was poured and smoothed. The crew would then wait for a ten day cure time before coming back out and softly grinding that section to expose the glowstones. Visitors using the trail during the day would not see the stones, but as dusk sets in a magical glowing green begins and the fiddlehead fern pattern emerges.

We hope that you’ll love biking or walking through this beautiful glowing section as much as we do and that it makes you feel part of something special happening here at the ERT and most importantly that you feel safe and visible on your commute.

This project would not have been possible without the generous support of The Glowline’s lead sponsors Elizabeth River Crossings and PRA Group as well as the numerous Corporate Donors participating in our 2018 Capital Campaign which sold a vision of a glowing trail section.

There were many individual donors who contributed to The Glowline during our Give Local 757 Crowdfunding campaign, thank you, we are glowing with appreciation!

You can still support The Glowline by clicking the “The Glowline” button below. By committing to an annual donation you become a Trailblazer and ERT Foundation member and that’s truly something to glow about! 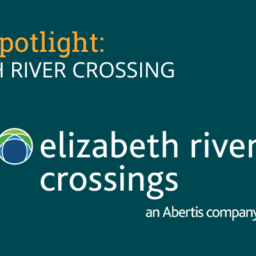 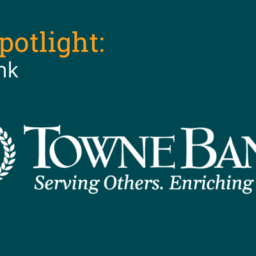 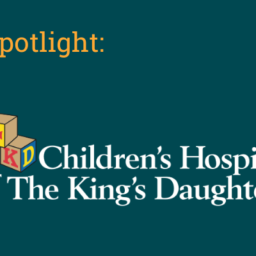 Donor Spotlight: CHKD
21 Nov 2022
We use cookies on our website to give you the most relevant experience by remembering your preferences and repeat visits. By clicking “Accept”, you consent to the use of ALL the cookies.
.
Cookie SettingsAccept
Manage consent

This website uses cookies to improve your experience while you navigate through the website. Out of these, the cookies that are categorized as necessary are stored on your browser as they are essential for the working of basic functionalities of the website. We also use third-party cookies that help us analyze and understand how you use this website. These cookies will be stored in your browser only with your consent. You also have the option to opt-out of these cookies. But opting out of some of these cookies may affect your browsing experience.
Necessary Always Enabled
Necessary cookies are absolutely essential for the website to function properly. These cookies ensure basic functionalities and security features of the website, anonymously.
Functional
Functional cookies help to perform certain functionalities like sharing the content of the website on social media platforms, collect feedbacks, and other third-party features.
Performance
Performance cookies are used to understand and analyze the key performance indexes of the website which helps in delivering a better user experience for the visitors.
Analytics
Analytical cookies are used to understand how visitors interact with the website. These cookies help provide information on metrics the number of visitors, bounce rate, traffic source, etc.
Advertisement
Advertisement cookies are used to provide visitors with relevant ads and marketing campaigns. These cookies track visitors across websites and collect information to provide customized ads.
Others
Other uncategorized cookies are those that are being analyzed and have not been classified into a category as yet.
SAVE & ACCEPT